website with the patronage of the
Municipality of Olgiate Olona

the logo of commemorative events

President of the Italian Republic Giorgio Napolitano expressed on several occasions his appreciation for the commemorative events of June 26, 1959, that he rewarded with his medal in 2011. In 2019, President of the Italian Republic Sergio Mattarella sent a message of ideal participation to the ceremony of the 60th anniversary, and greeting to the relatives of the seventy immortal lives.

Creators and supporters of the commemorative events

Persons, institutions and enterprises share the spirit of the commemorative events inspired to June 26, 1959 and support the commemoration in various ways. 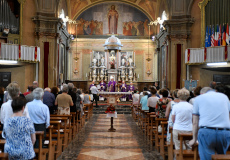 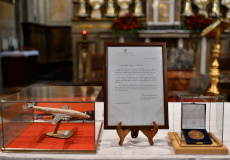 Stay updated on the news and the events promoted in memory of June 26, 1959

Saturday October 8, 2022, first National Day Not to forget in the 21st anniversary of Milan-Linate air accident

10/10/2022 - Saturday October 8, 2022, in the 21st anniversary of Milan-Linate air accident, the worst disaster of Italian civil aviation, the first National Day Not to forget was held to remember the victims and raise public awareness on transport safety. Municipality of Milan, Sea, Comitato 8 ottobre committee and Fondazione 8 ottobre foundation commemorized the 118 victims of Milan-Linate - in Olgiate Olona a stone placed in 2011 near the monument of the plane crash is dedicated to the victims - in the Mass presided by archbishop of Loreto Monsignor Fabio Dal Cin at Bosco dei faggi at 10 a.m.

Friday June 26, 1959. The town of Olgiate Olona was miraculously saved from a plane crash (the fifth worst disaster of civil Aviation in Italy) which shocked all the world: the Trans World Airlines (TWA) four-engine Lockheed L-1649A Super Constellation Starliner Jetstream (reg. No. N7313C) - flight 891: Athens-Rome-Milan-Paris-Chicago - just taken off from Milan-Malpensa Airport during a storm, was struck by lightning and crashed in flames losing the engines and the rudder; the fuselage with seventy people on board (they were from eight Countries: USA, Italy, United Kingdom, France, Chile, Germany, Egypt, Israel) crashed near Cascina Agnese missing the town for a few dozen of meters. All the people on board perished and the prompt intervention of rescuers was vain. The corpses were recovered on June 27, 1959, and the coffins were brought to the basilica of St. John the Baptist in Busto Arsizio where on June 29, 1959, the funerals were celebrated. The investigation of the Judiciary ended with the dismissal of the case, while the International Civil Aviation Organization (ICAO) confirmed that the breaking up in flight was due to a lightning that ignited the fuel vapors contained in tank No. 7 coming out from the vent outlets. 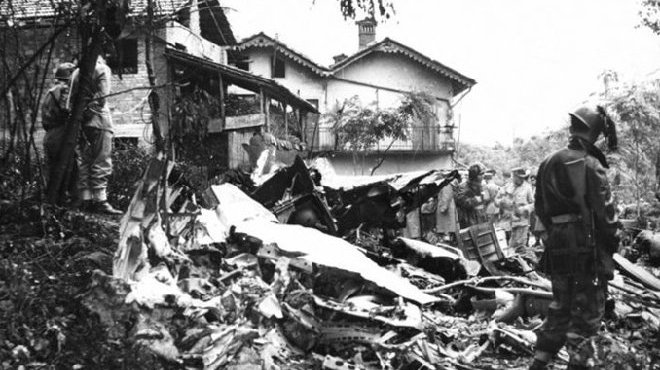 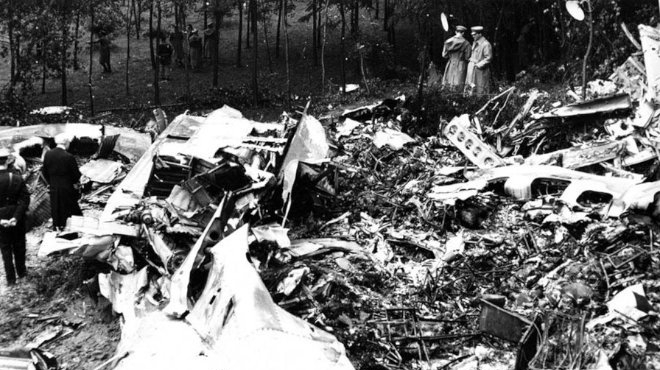 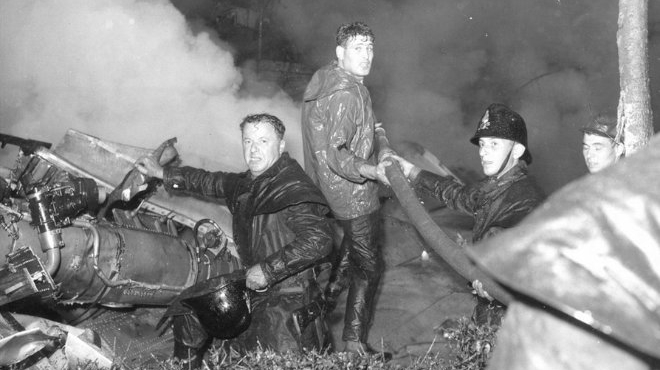 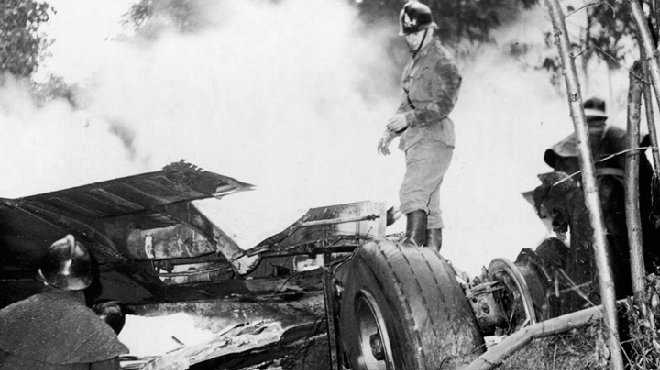 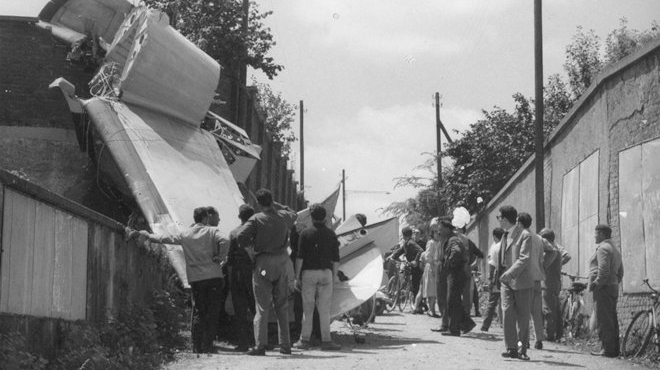 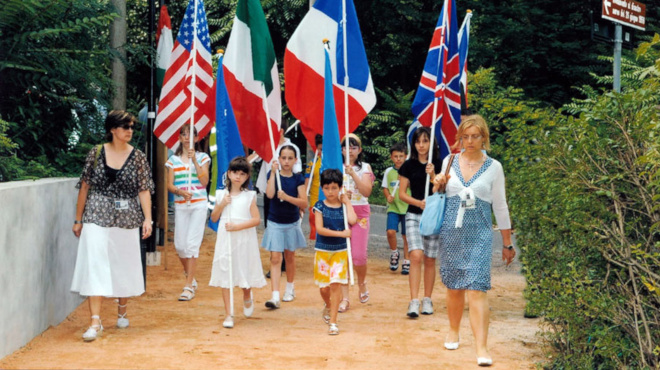 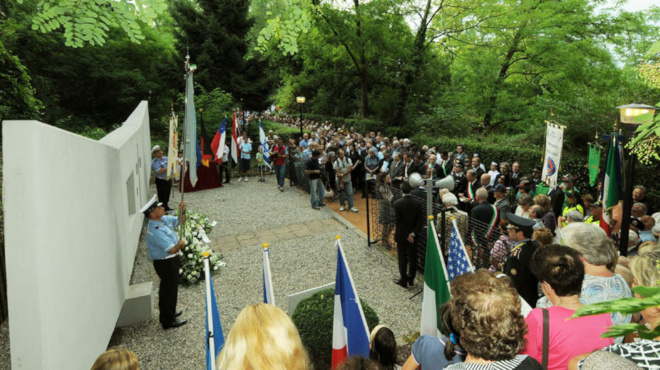 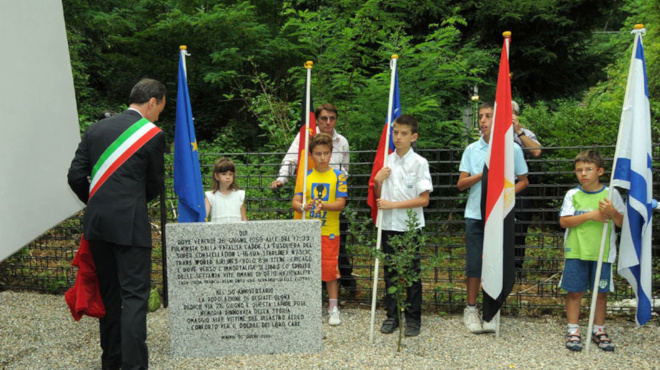 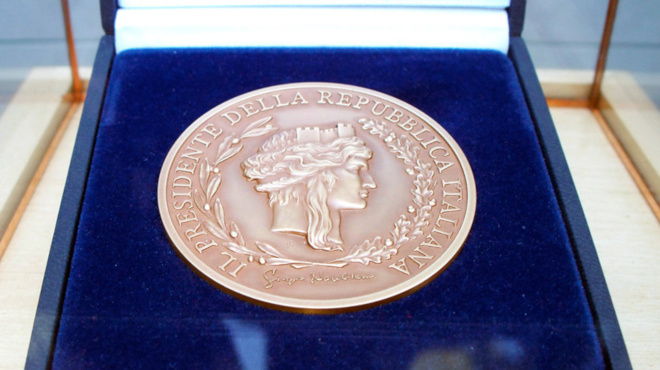 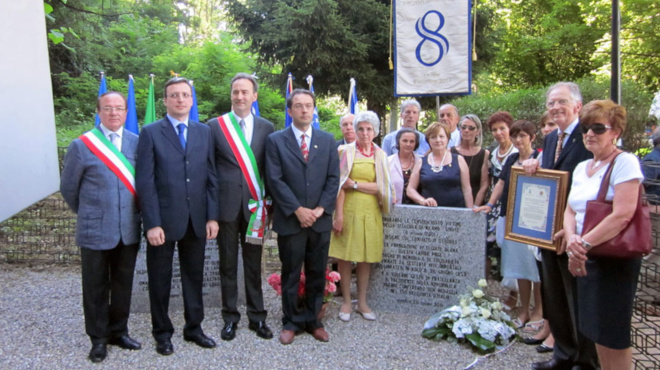 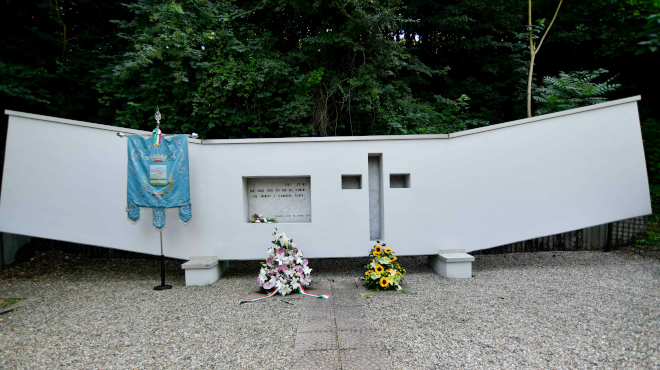 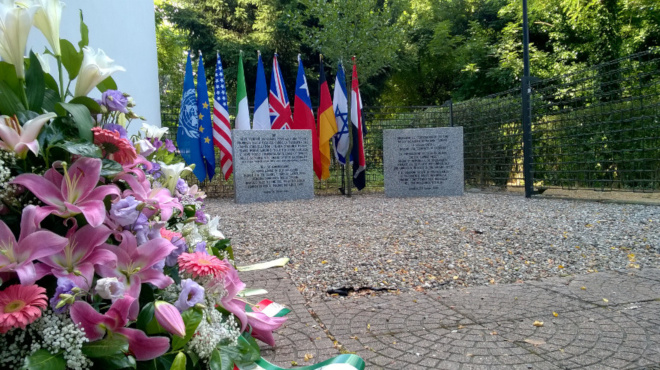 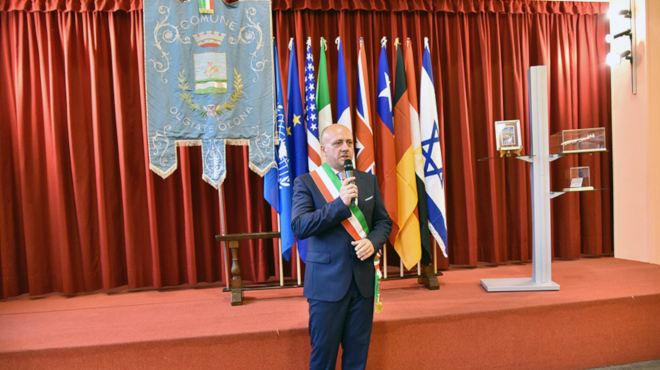 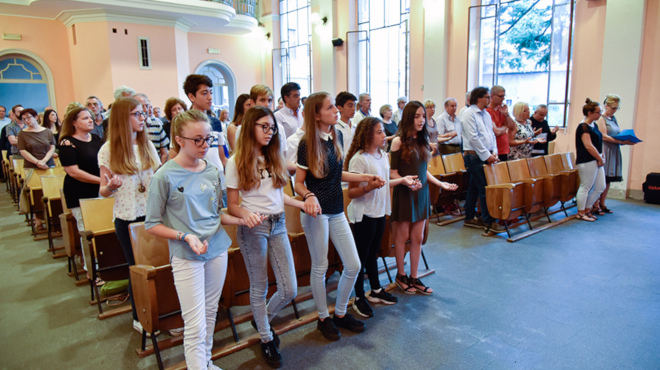 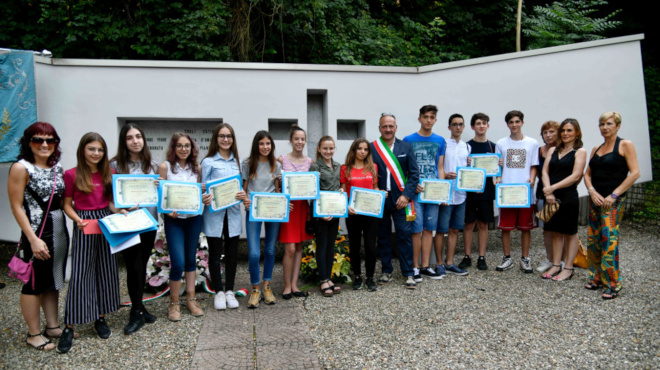 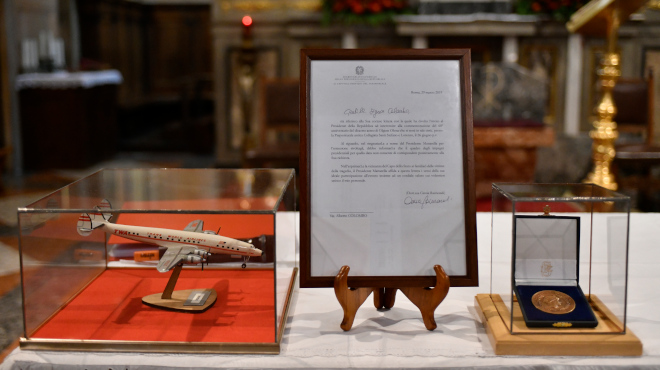 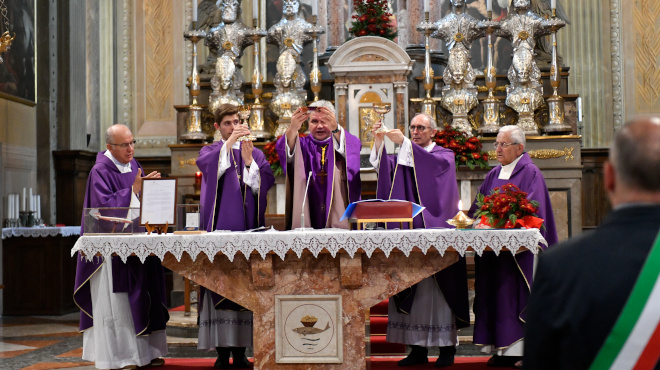 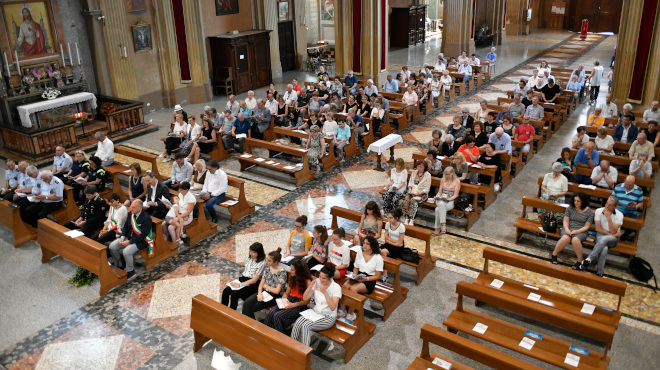 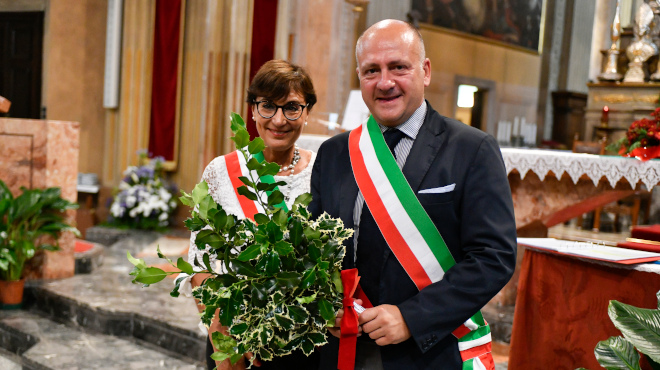 The oral tale handed down by eyewitnesses became unlikely and turned into legend. In 2008 Alberto Colombo reconstructed the plane crash in his book Il disastro aereo del 26 giugno 1959 a Olgiate Olona (translation: the plane crash of Olgiate Olona of June 26, 1959) and the memory of the fact came back to life thanks to the initiatives promoted by the Municipal Administration: restoration of the memorial monument, Commemoration of 50th anniversary (2009) with naming of via 26 giugno street, commemorative stone, “Ape” car symbol of solidarity in memory of seventy immortal lives (in operation until January 2016), book Settanta vite immortali. Volume commemorativo 50° anniversario disastro aereo 26 giugno 1959 Olgiate Olona (translation: Seventy immortal lives. Volume commemorating the 50th anniversary of Olgiate Olona plane crash of June 26, 1959); educational project with the students in the eighth grade of Dante Alighieri school of Olgiate Olona started in 2010; in 2011, medal of the President of the Italian Republic Giorgio Napolitano (acknowledgment of the high value of the commemorative events of June 26, 1959) and stone in memory of the 118 victims of Milan-Linate air disaster; in 2013, publication of this website; in 2016, total conservative restoration of the memorial monument; in 2019, message of greeting to the relatives of the seventy immortal lives, and of ideal participation in the 60th anniversary sent by the President of the Italian Republic Sergio Mattarella.

Fatality struck seventy lives and tortured only their mortal bodies which fell to the ground: their spirits rose to immortality instead. For the seventy immortal lives of June 26, 1959 is worth what the Bible says: The souls of righteous are in the hands of God and no torment shall touch them anymore (Sap 3,1). The relatives of these righteous have silently and with dignity turned their great sorrow into a gift: for their loved ones, for new generations, for the community. We are not allowed to change the History already happened. What was done in Olgiate Olona so far and what still will be done is only the essential that we are allowed to do: pray, honor the immortal lives and their loved ones by remembering and with acts of solidarity.
Alberto Colombo

June 29, 2022
Our family can never thank you enough for keeping this memory alive and in our hearts... We are so grateful (...)
Judy

June 29, 2022
Many thanks for sending me the works and the photos from which we understand how the people of Olgiate Olona, especially the young people, are attached to (...)
Silvana

June 26, 2022
Today our thoughts turn to the tragic plane crash of 63 years ago and to all those who perpetuate the memory of our loved ones and honor them on this day (...)
George

June 21, 2022
I thank you for the kind invitation to the ceremony of June 26 that, unfortunately, I have to decline due to family commitments. I congratulate you on the initiative and (...)
Carlo

December 23, 2021
In the spirit of Christmas I would like to extend my most sincere Christmas Greetings to the wonderful people of Olgiate Olona (...)
John

read all the messages received